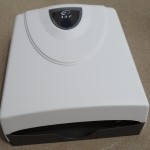 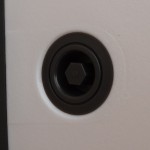 Seriously, the history of paper towels is one of serendipity stemming from a problem the size of a railroad car. The Scott Paper Company in Philadelphia, Pennsylvania was already established as a leading producer of toilet tissue by 1907. In that year, the president of Scott Paper, Arthur Scott, received some distressing news from the railroad docks.
An entire railroad car was filled with paper that was simply too thick to be used as toilet tissue, or for any other purpose for that matter. Scott pondered the fate of this unusable paper, then recalled a local newspaper article from 1879 about a Philadelphia teacher who issued sections of soft paper to her students as a substitute for the single cloth towel used communally in the school’s bathroom. It was her hope that individual students use the paper one time and dispose of it properly.